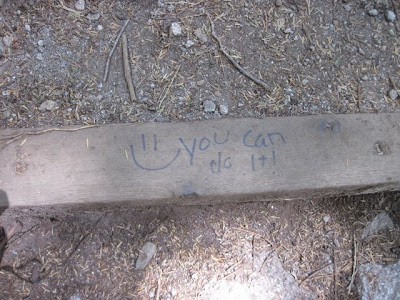 Teresa and I met for the first time sometime around the beginning of 2010, at the Season launch party hosted by our mutual friends Fitz and Becca. Our paths crossed again later that spring at the Red Rock Rendezvous. I was ... um ... between residences at the time, and Teresa had a room for rent. We've been friends, housemates, and adventure partners ever since.

When Becca called to ask if we'd be interested in sharing a story for the Dirtbag Diaries Year of Big Ideas 2011, it seemed the perfect chance to talk for the first time about what we've been cooking up around the kitchen table for the last few months.

We'll unveil all the details in the coming months, but for now -- here's a little bit of inspiration for your year of big ideas in 2011. We're tucked in there somewhere, sharing the nuggets behind Solo in Tandem.

Enjoy!
Posted by Sara Lingafelter at 9:53 AM